For the coverall, I'm suggesting that we embroider the logo on the chest and add the reverse flag to the right sleeve. We have a quote ready for the department patches, but turnaround time would further delay the project (2-3 weeks). We digitized the logo exactly as it is on the patches.

The only notable difference is that your patch is sewn on black twill and a direct embroidery would not be black in the background, but rather will be the actual coverall coming through. Shown below is a mock-up of exactly how they'll look.

Note: I have the quote ready for the Association to review; it's my understanding that they have been the official purchaser in the past. You'll let me know if I'm not thinking straight on this ;_) 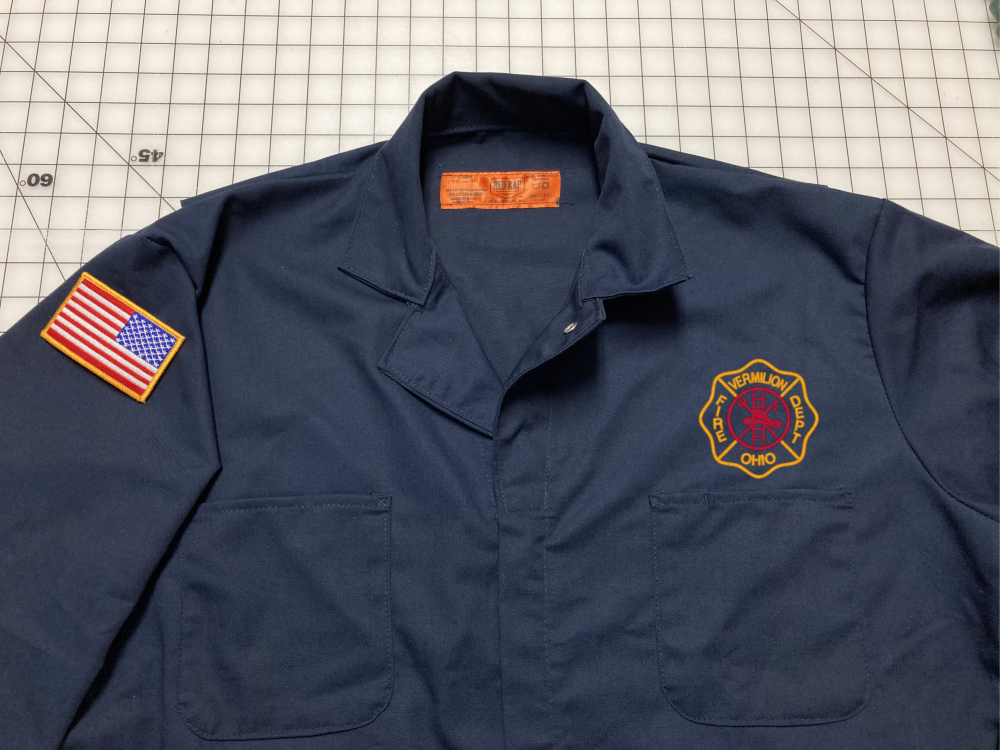 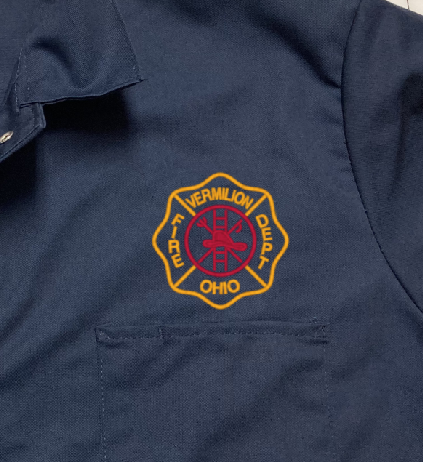 Here's the duffel that we suggest. It's very affordable but large enough to easily hold a pair of coveralls and shoes. Probably could hold a tee-shirt/sweatshirt too if need-be. Roomy on a budget. Embroidered with the same open maltese as the coverall but with the number in the middle. Each bag will be numbered according to the roster. 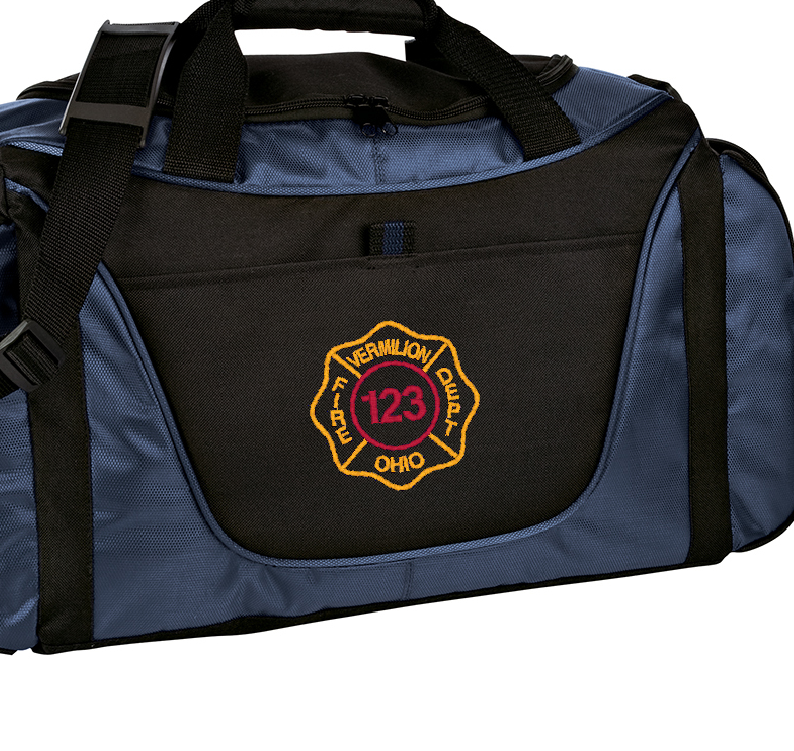 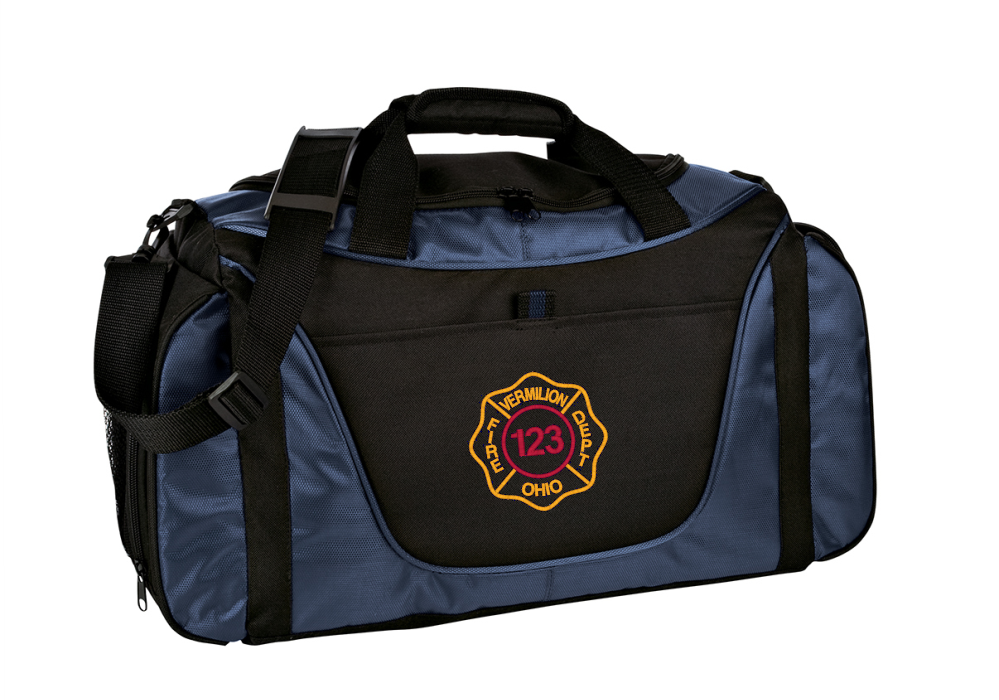 I'm emailing this to you as well, but attached is the pdf of the official quote, all things considered, based on the recommendations shown above (as it relates to the logos/decoration) and the quantities/sizes that we determined AND including the few extras that you requested.

Thank you for being patient with this process. I know you're eager to get these into service, but I need to pace myself thru the processes from idea to completion. I have to stay organized and process-driven, particularly when I'm working with a 3rd party payor.

To that end, however, the blank goods are here and we can start production just as soon as I have approval that this will be paid. Click the attachment below for the quote. vh